ADHD and Hoarding - Do you have too much stuff? 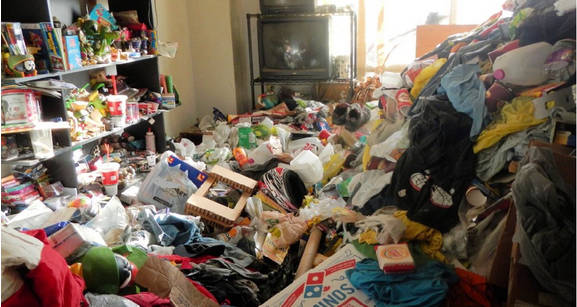 A new study published in the Journal of Psychiatric Research reveals that people with ADHD are considerably more likely to engage in hoarding behaviors. Such hoarding behaviors may have a negative impact on their overall quality of life.

Those diagnosed with hoarding disorders exhibit more than just having too much stuff; true hoarders often fill nearly every livable inch of space with newspapers, trash, books, knickknacks, furniture, or anything else they feel the need to hoard. This often affects their quality of life by interfering with their daily activities and functions. It can create stress, anxiety, and depression. Therefore, it’s important to understand hoarding tendencies.

The researchers recruited 88 participants from an adult ADHD clinic run by the Cambridge and Peterborough NHS Foundation Trust. They found that nearly 20% of this ADHD group displayed clinically significant hoarding symptoms. The participants were on average in their 30s with an equal split between males and females.

"Overall, we found that people who had been diagnosed with ADHD had a higher likelihood of also having hoarding symptoms. This is important because it demonstrates that hoarding doesn't just affect people later in life, who are typically the focus of much of the research so far into Hoarding Disorder.

"Our findings also indicate that Hoarding Disorder should be routinely assessed in individuals with ADHD, as they do not typically disclose associated difficulties despite these potentially impairing their everyday lives. Likewise, it is possible that many people who are currently being treated for Hoarding Disorder might also have undiagnosed ADHD.

"Greater awareness amongst clinicians and people with ADHD about the link between ADHD and hoarding could also lead to more effective long-term management, as hoarding often gradually worsens with time."

As stated in Additude Magazine, “ Both ADHD and hoarding disorder are marked by executive function deficits that contribute to excessive clutter. These include difficulty with categorizing and decision-making, and distractibility.”

Play Attention can develop a customized program to help you improve executive function and self regulation.  Our program integrateds NASA inspired brain monitoring technology with cognitive skill training and behavior shaping to provide you the most effective and comprehensive training system available.  You can develop the cognitive skills that lay the foundation for strong executive function.