Are Students with Attention Problems More Likely to Cheat? The answer may surprise you 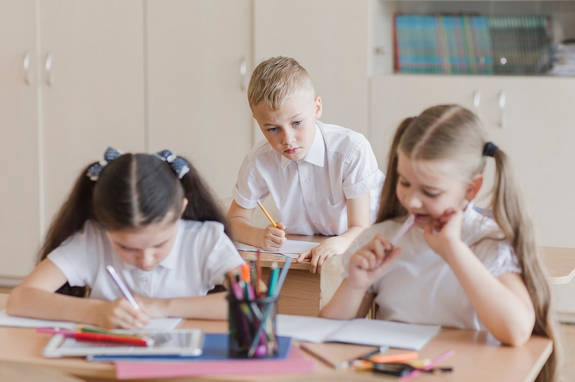 “High school students who have trouble paying attention in class are more likely to admit to cheating, a new study shows.

“Researchers found that inattention led to hyperactivity in the students, and both together contributed to higher levels of cheating.

“The issue is important because many students with attention problems don’t get an official diagnosis, such as attention deficit hyperactivity disorder, or ADHD, said Eric Anderman, lead author of the study and professor of educational psychology at The Ohio State University.

“Students diagnosed with ADHD get a lot of support and help in school, but many other kids with attention problems fall through the cracks,” Anderman said.

“They don’t get the help they need that could help them do better in school and avoid cheating.”

“Anderman conducted the study with Richard Gilman of Terrace Metrics and Xingfeiyue Liu, a doctoral student, and Seung Yon Ha, a postdoctoral scholar, both in education at Ohio State. Their results were published recently in the journal Psychology in the Schools.

“The researchers studied 855 adolescents from three midwestern public schools, two suburban and one rural. Data was collected twice from the students, about one year apart.

“The students completed a standardized measure of inattention that asked them to rate how much they felt they had trouble paying attention to their teacher, how forgetful they were, whether they had a short attention span, and similar questions.

“Students’ hyperactivity was rated by their responses to questions like whether they had trouble sitting still and whether they talked over other people.

“To evaluate cheating, students rated how true it would be to say they used cheat sheets when they took tests, copied answers from other students, and similar statements.

“Hyperactivity by itself was not linked to more cheating.

“Inattention is the driver here, the issue that leads to problems in the classroom,” Anderman said.

“The student is not paying attention, so he gets out of his seat and goofs around, and when you put both together, that is a perfect setup for more cheating.”

“The study took into account a wide variety of other factors that have been linked to cheating, including depression, learning disabilities, gender, ethnicity, grade point average and whether students qualified for special education services – and inattention still was related to cheating.

“In addition, the researchers also examined how disruptive students were in class, based on reports from their peers.  That didn’t influence cheating.

“Once you account for inattentiveness and hyperactivity, we found that disruptiveness wasn’t related to cheating. That is not what is driving cheating behaviors,” Anderman said.

“Generally accepted rates of ADHD are between 7-9% of students aged 17 and younger. Studies suggest, however, that up to three times as many students have problems with attention or hyperactivity, but either don’t meet the criteria for the ADHD diagnosis or have never been evaluated.

“There are so many evidence-based programs that can help these students who have problems with attention learn to self-regulate, to learn how to be a learner,” Anderman said.

“If they had access to these programs, they could learn in class and they wouldn’t have to cheat. And these students are not learning partially because of attention issues they can’t help.”

Let’s prepare your child to be successful in the classroom.  Call 800-788-6786 or click here to schedule your free 1:1 consultation.  We can help you solve the ADHD puzzle with a customized executive function training plan.