Can ADHD Cause Problems With Memory? 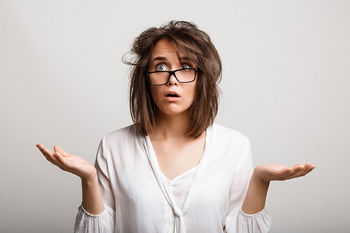 VeryWellHealth addresses the issue of memory and ADHD. This is a very comprehensive blog that addresses the subject matter in depth. If you wish to have a consultation to discuss your ADHD memory problems, click here.

“Attention deficit hyperactivity disorder (ADHD) is a developmental disorder that begins in childhood but often persists into adulthood. It is classified into three subtypes: inattentive type, hyperactive / impulsive type, and combination type.

“Hyperactive/impulsive symptoms include being constantly in motion, physical restlessness, trouble with impulse control, interrupting or blurting out responses, and difficulty waiting for a turn.

“Forgetting things such as appointments, assignments, or paying bills is common in both children and adults with ADHD. ADHD can also impact working memory. This article will discuss the ways in which ADHD affects memory, strategies for improving memory, and more.

What Is Working Memory?

“It's estimated that up to 80% to 85% of children with ADHD experience problems with working memory when evaluated with cognitive tasks. Research suggests these difficulties persist into adulthood.

“Working memory affects how people process and store information and follow instructions. For example, working memory is at play when remembering items on a grocery list, or following multi-step instructions like, "Eat your breakfast, then put your lunch in your backpack, then put on your shoes."

“Working memory also affects areas such as reading and math.

“People with ADHD may encode the information in a disorganized way, causing it to be processed in such a way that it is less useful, or does not enter long-term memory.

How Long Is Long-Term Memory

“While long-term memory sounds like it refers to your ability to remember things from years ago, it actually describes memory that has been processed through working memory and stored. This can take just moments. If you finish watching a movie and are asked to name your favorite part, your description would be retrieved from your long-term memory.”

Play Attention has specific course modules to improve your spatial memory, short term memory, working memory, and long term memory.  Call 800-788-6786 or click here to schedule a 1:1 consultation to learn how we can improve your memory and executive function.  We can help you solve the ADHD puzzle.

Does ADHD Cause Memory Loss?

“Some of the cognitive symptoms associated with ADHD may also resemble symptoms of prodromal dementia, also called mild cognitive impairment (MCI). This is particularly notable for people over age 50.

“Despite similarities between the two conditions, they are fundamentally unrelated conditions. A causal relationship has not been established between them. If ADHD causes any increased risk of MCI, it is likely through health-compromising behaviors that are more common in people with ADHD such as smoking, alcohol, and substance use.

“A 2021 study showed that parents and grandparents of individuals with ADHD were at a higher risk of Alzheimer's and other forms of dementia, but the link is not well understood. More research is needed in this area.

“Stimulant medication has been shown to improve many symptoms of ADHD, and for some, it may help manage working memory and other memory difficulties.

There are lots of ways to help you stay on track and remember details you need to know. These include:

“Repeating and rehearsing information, routines, and other things you or your child need to remember can help it "stick" better. When giving instructions to a child with ADHD, ask them to repeat what you said.

“Examples of mnemonics include:

“There does not appear to be a way to reliably improve working memory in a sustained, long-term way. Apps and games exist with the purpose of improving working memory, and "brain training", but the evidence is mixed on their efficacy.

“There is more evidence for improvements in the task specifically "worked" by the app, but less to support these gains being applicable to other areas more broadly.

“A 2019 study suggests promise for training tasks that target multiple cognitive constructs, instead of working memory or attention alone, and are administered in person instead of virtually. This approach showed an impact on the trained skills with transferred effects to everyday functioning such as behavior, academics, confidence, cooperation, and self-esteem. More research is needed to explore these findings.

“Memory problems such as forgetfulness and poor working memory are linked to ADHD. People with ADHD may have difficulty encoding and processing information in their working memory, which may lead to problems with long-term memory.

“There is no proven way to improve working memory overall, but research is being done into "brain training" apps and games as a way to positively affect working memory in people with ADHD. Tools such as mnemonic devices, calendars, organization apps, and utilizing reminders can help people with ADHD remember information, tasks, and events.

“Stimulant medication and behavior therapy as part of the overall treatment of ADHD may also help with memory difficulties.

“If you or your child have ADHD, you may notice symptoms like forgetfulness, inattention, and other characteristics affected by working memory. While you probably can't change your working memory significantly, you can work with and build on the skills you have.

“See your healthcare provider to discuss treating your overall ADHD. This may help with memory symptoms. You can also try using memory "tricks" such as mnemonic devices and organizational tools to help you stay on track.”

Play Attention has specific course modules to improve your spatial memory, short term memory, working memory, and long term memory.  Call 800-788-6786 or click here to schedule a 1:1 consultation to learn how we can improve your memory and executive function.  We can help you solve the ADHD puzzle.