I am 27 years old and have struggled with a short attention span and low energy my entire life. 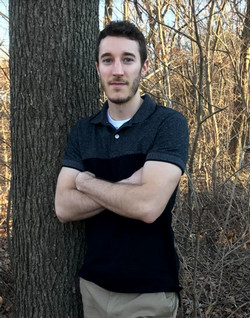 Because of my lack of energy, I often passed up opportunities to do activities with my friends, and I was terrified to pursue academics because they were simply too mentally demanding. I did not feel like a kid, I felt like a failure.

As an adult, I struggled so hard to focus for even a short amount of time on what someone was saying. Receiving simple instructions from my boss was like being given a puzzle to solve. And my energy level would drop off almost as soon as I began work because of the cognitive stress of the tasks I was doing.

Play Attention has exceeded my expectations. When I first began Play Attention, I would become exhausted after playing a session. It was such a drain that I began to play before going to bed so I could sleep afterward. But it's becoming less and less of a drain. It actually helps me focus afterwards. It is like practicing mindfulness which I have also found to be very helpful for my ADD brain.

After using Play Attention for a couple of months, I noticed measurable improvements in my energy and the length of time I could focus. I felt confident enough to lead a group of high school freshmen at Winter Camp. And now, just four months later, I continue to see encouraging improvements!

At work I am now able to ignore background noises like music or loud voices and focus on my clients. And I can maintain that level of focus for much longer periods of time. Not only that, but I am enrolled at a university in pursuit of a Bachelor’s degree that I had given up hope that I could attain.

Play Attention has given me the confidence that I need to live productively and to not only survive but to thrive in a challenging work environment.

Give Play Attention a try. You won’t regret it!